The evolution of the Cocker Spaniel Breeds

The Cocker Spaniel breed has been around since the 14th century, bred in Spain as a hunting dog. The Spaniels were specifically bred for ‘flushing out’ birds during a hunt (mostly woodcocks) and retrieving them.

Spaniel is derived from ‘Spanish dog’ and the word ‘Cocker’ was added as a pre-fix due to the dog’s skill at hunting woodcock in the field. The English Cocker Spaniel was recognized and registered as a breed in 1892.

Characteristics of the English Cocker Spaniels

The English Cocker Spaniel Breed is registered with the UKC (United Kingdom Kennels) as a gun dog. They are good-natured and charming, active, and sporting with a compact build and a height of between 15 – 17 inches (at the shoulders).

The English Cocker Spaniel is known for being an even-tempered and balanced demeanor. It has a distinctive softly- shaped head and dark gentle eyes. Its lengthy, feathery ears frame its head, giving it a vigilant, almost ‘regal ‘look. The familiar, silky, medium-length coat varies in color and contrast from one spaniel to another. However, under that gentle, aristocratic beauty lies the heart of a skilled hunter’s assistant, who would switch roles from gentle house pet to fierce game bird retriever in a heart-beat!

The division of ‘toys’ and hunters

People were drawn to these handsome, intelligent, even-tempered Cocker Spaniel Breeds that were easy to train, had a solid physical structure and the temperament of a saint. This evolved into many Cocker Spaniels being kept and bred as companions (toys) and the lager Cockers, bred to assist with the hunt. A further division saw the hunters being split into water and land Spaniels to offer even more finely-tuned skills as ‘hunters’ assistants.

The worker Cocker Spaniel breeds bear a closer resemblance to their ancestors with finer coats less inclined to ‘feather’ like the coats of the toys or show dogs. Even the worker’s body shape lends itself to the hunt with longer legs, robust and tough. This strong physique allows them to carry heavy objects, jump over high hedges, gates, and fences while running at high speed.

The American dog fanciers began importing English Cockers in the late 1870s. Apparently, the first Cocker Spaniel to be registered as a true breed was a white, two-toned spaniel named Captain and it was recorded in the first studbook of the ‘National American Kennel Club’. Somehow, the second volume of the studbook that was printed in 1885, recorded ‘Brush II’, a black Cocker imported from England.

The American Cockers are lively yet easy-going and easily adaptable dogs that love exercise and are apparently fairly easy to train. They are also registered as sporting dogs with the AKC. The American Cocker Spaniels are smaller than the English Cockers and apparently, the smallest member in the group registered as gun dogs. Due to the Americans keeping and breeding the Cocker Spaniels as pets and show dogs, it has a heavier coat, a muzzle that is slightly smaller and its head, more rounded or dome-shaped.

The character traits of the Cocker Spaniel Breeds 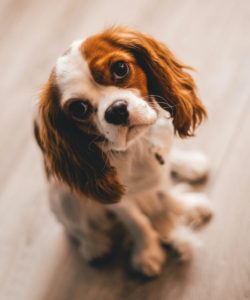 A Cocker Spaniel that is well-bred, is affectionate, gentle, cuddly, and easily fits into family life. Naturally lively, it enjoys daily exercise whether it is a brisk walk or going for a hunt or playing with the kids.

Being a sensitive breed, Cocker Spaniels do not respond very well to being treated harshly. They can start growling or even snapping when fearful or in pain. In addition, over- breeding at the height of their popularity has also resulted in some Cocker Spaniel Breeds to become highly strung and vulnerable to health problems.

It is very important to start the training in socializing and obedience skills at a very early age so that your Cocker Spaniel can learn appropriate responses and canine decorum.

Although Cocker Spaniel breeds are known to be healthy, they are still vulnerable to certain diseases and health conditions:

As with all breeds of dogs, Cocker Spaniels need regular visits to your veterinarian. Any indication of illness or pain should be seen and treated by a veterinarian.

With healthy, loving care, you can enjoy your Cocker Spaniel companion for the best part of 14-16 years, which is their average life span.